Who is at risk of developing OCD?

Obsessive-Compulsive Disorder (OCD), in conjunction with other anxiety disorders, is the sixth largest contributor to non-fatal health loss globally, according to the World Health Organization. More than half a million Australians, or 2% of our population, are living with the disorder.

What causes OCD is unknown, but researchers believe that people with OCD have certain areas of their brain that may not respond normally to serotonin, a chemical that some nerve cells use to communicate with each other.

Several studies have shown that lower levels of serotonin can trigger OCD symptoms, but there are a number of risk factors that increase a person’s chance of developing this life-altering disorder.

“Although serotonin plays a part in OCD onset, the range of external factors impacting people living with the disorder are varied with some people significantly more likely to develop OCD symptoms before adulthood,” The Banyans Health and Wellness Clinical Director Peter Hayton says.

Related: What is OCD?

The Spectrum of OCD

The obsessive–compulsive spectrum is a model of medical classification where various psychiatric, neurological and/or medical conditions are described as existing on a spectrum of conditions related to OCD. OCD is usually considered a lifelong disorder and can have mild to moderate symptoms or be so severe and time-consuming that it becomes disabling

While the above factors often cannot be controlled, the risk of developing OCD is increased when other manageable risk elements, such as drug and alcohol use, marital status, and unemployment, are considered.

OCD is most commonly triggered in older teens or young adults. Studies indicate that late adolescence is a period of increased vulnerability for the development of OCD. Boys are more likely to experience the onset of OCD prior to puberty and those who have a family member with OCD or Tourette Syndrome are most at risk.

Females are more likely to develop OCD in adolescence and in their 20s.

Gender is a risk factor for developing OCD that varies with age.

Your genetics are 50% responsible for determining your risk of developing OCD. Having family members with OCD is a high-risk factor, with the likelihood of developing the disorder increasing significantly based on the closeness of that family member. If their OCD began in childhood or as a teenager, the probability rises.

If you, your parent, or a sibling have OCD, there’s a 25% or one in four chance that another immediate family member will also have OCD.

Presence of other mental health conditions

People living with OCD have a higher risk of comorbidity with another mental illness.

According to a 2017 study, the most common mental illnesses to exist in conjunction with OCD are major depressive disorder (28.4%), obsessive-compulsive personality disorder (24.5%), generalised anxiety disorder (19.3%), specific phobia (19.2%), and social phobia (18.5%).

Over half (50.5%) of the people with OCD who participated in the study had a co-occurring lifetime diagnosis of major depression.

Traumatic life events, particularly those that occurred in childhood or adolescence, such as sexual and physical assault, death of a parent or loved one, divorce of parents, and witnessing marital violence are major risk factors that can trigger the onset of OCD.

Related: Trauma – What is it and how to help?

For someone genetically predisposed to OCD, symptoms of the disorder are worsened by stress, but stress alone does not cause OCD.

High levels of stress in expectant mothers can impact offspring, increasing the risk of the child developing OCD later in life. For some women, pregnancy and birth itself can trigger OCD.

Obsessive fears and compulsive behaviours can be learned from watching family members or gradually learned over time in home situations. Some people who are predisposed to OCD have learnt unhealthy coping mechanisms during stressful situations by observing parents, siblings, and those living with them.

Drug and alcohol use and misuse

People who develop OCD in childhood and the teen years are more likely to engage in drug and alcohol use as a coping mechanism to deal with fear and anxiety. Additionally, drug and alcohol misuse are also linked to the onset of OCD.

“Substance misuse can cause chemical changes in the brain that creates a vulnerability to OCD,” says Peter. “Drug use in conjunction with OCD symptoms can create added stress that is triggered by conflict with loved ones, addiction, and difficulty in maintaining employment.”

Being married is known to be a buffer against the stresses of everyday life. It is debatable if the distressing nature of OCD is the reason behind a lack of relationship stability, or if being unmarried creates more personal stress and the likelihood of OCD developing is increased.

Being unemployed is a risk factor for OCD, and has wide-ranging effects on both physical and mental wellbeing. Unemployment can be both a cause and a consequence and is like marriage in that respect.

How to treat OCD – Get professional help

An important thing to remember about OCD is that help is available and seeking professional help is the first step towards recovery. Things can improve with a multidisciplinary approach of medication and specific types of psychotherapy.

At The Banyans Health and Wellness, OCD treatment is based on a multidisciplinary methodology and is personalised for each guest.

For further support and information about an OCD recovery treatment program at The Banyans, submit a contact form below or call our team on +61 1300 BANYAN (1300 226 926). How to support your team’s mental health and wellbeing 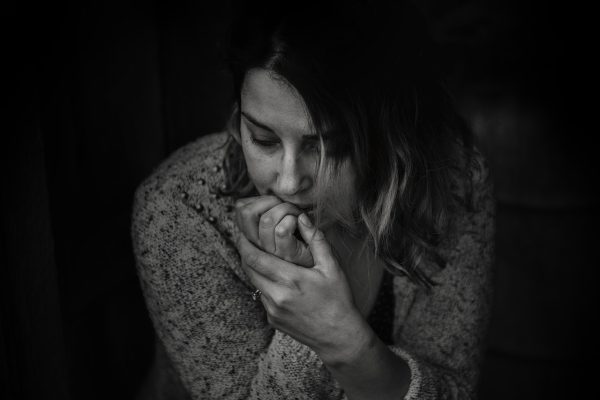 Identifying symptoms of anxiety (and finding the support you need)