The report covered around 56% of the population, which equated to about 13 million people, and noted cocaine usage per person was higher in Australian cities than regional areas.

The per day consumption of cocaine in Australia spiked significantly in February 2020, just before the first round of COVID-19 lockdowns.

The Sydney Morning Herald reported the Australian Criminal Intelligence Commission (ACIC) found the demand for cocaine jumped during the pandemic, despite higher prices stemming from a scarcity of locally made product.

“Dial-a-dealer” operations became popular during COVID-19 lockdowns and also while restrictions were easing throughout 2020 as more people organised the purchase of drugs over the phone.

People working in C-level executive positions, and those in high stakes industries are under enormous pressure to achieve results, and increasingly so since the onset of the COVID-19 pandemic. CEOs, CFOs, COOs, and CIOs are increasingly turning to cocaine to maintain the appearance of status, high achievement, success, and enviable lifestyle.

The experiences of happiness and confidence, feeling more energetic and alert, along with feeling physically strong and mentally sharp when taking cocaine make it the drug of choice for these high-level achievers. Coming down off cocaine can sometimes feel like getting the ‘flu, but for longer term users, there is little or no hangover and they are able to work the following day without impairment or consequence.

Many drug users in Australia are articulate, intelligent, employed, driven to succeed, and usually tertiary qualified.

A large proportion describe themselves as ‘social’ users and may not be aware that ‘occasional or social use’ has morphed into addiction.

Cocaine’s use is often viewed as a status symbol carrying a sense of glamour and elite exclusivity because of its expense. To many, it is like purchasing an expensive bottle of wine at a restaurant.

“People often take cocaine over other drugs because it is perceived to be low risk, and effective for making you feel awake and energised,” The Banyans Health and Wellness Addiction Medicine Specialist Dr Christian Rowan says.

“Whether professionals are misusing the drug to increase their productivity or let their hair down, it is often the increased energy or release of tension that initially captures their attention.”

Experts are concerned that the jump in the number of cocaine users, despite the stability in usage per person, the danger is that ‘recreational’ use will convert to cocaine dependency over time without users acknowledging the severity of their situation and the impact it’s having on the people around them.

A dependency can develop after a very short period of use, and may go unrecognised for a long time.

The perception that cocaine is ‘not as bad’ or ‘less addictive’ than other illicit drugs is incorrect.

“Usually executives and business people are initially using cocaine recreationally in a social setting, and because of this, people may be unaware of their developing drug dependency,” Dr Rowan says.

What cocaine does to your body

“The use of illicit substances, such as cocaine, can result in significant and serious physical and psychological harms,” Dr Rowan says.

“From sudden cardiac death to other forms of cardiotoxicity, including life threatening arrhythmias, the use of such powerful stimulants is really a major risk to overall biopsychosocial functioning.”

Treatment for cocaine misuse and dependency can involve the use of medications to address withdrawal symptoms and in some cases, medications are also required to assist with treating underlying mood, sleep and/or anxiety disorders.

At The Banyans Health and Wellness, Dr Rowan works alongside other health professionals to create a personalised program.

“Psychological therapies including cognitive behavioural therapy, motivational interviewing, and stress management are utilised along with dietary modifications and regular exercise in treatment at The Banyans Health and Wellness,” he says.

Do you or a loved one need help?

Reaching out for help is the first step. Call and talk to experts who will discuss your issues and concerns confidentially and without judgment.

Are you thinking about having a sensitive discussion with a colleague? Your workplace may not be the right place to start. Please read The Language of Addiction first.

Related: The language of addiction

The medically supported program at The Banyans Health and Wellness is a comprehensive, integrated approach to health and wellness that equips people with the skills they need to overcome their drug misuse and other co-existing concerns.

The Banyans Health and Wellness provides safe and thorough support from an Addiction Medicine Specialist, general practitioners, onsite psychiatrist, and onsite registered nurses. There are regular one-on-one sessions with multiple therapists and modalities to facilitate successful outcomes. There are no group sessions. Learn more about Recovery Programs for Drug Misuse.

Every program at The Banyans Health and Wellness is customised for the individual, and will vary depending on personal circumstances.

If you or someone you care about would benefit from a program at The Banyans Health and Wellness, please call +61 1300 BANYAN (1300 226 926) for a non-obligatory, confidential discussion or fill in our enquiry form below. 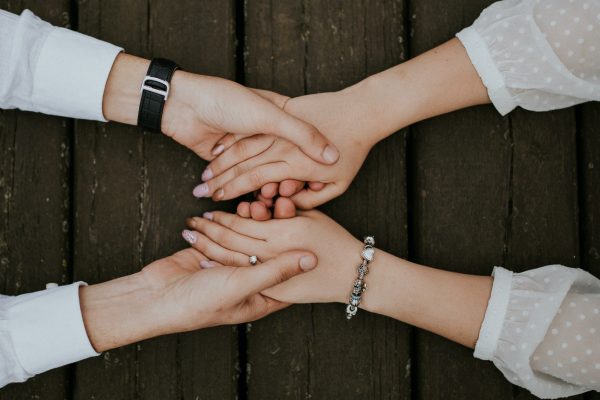 Rethink your Relationship with Alcohol