Is nutrition connected to depression?

Depression is the leading cause of disability worldwide. In Australia, it’s estimated that 45 per cent of people will experience a mental health condition in their lifetime. In any one year, around 1 million Australian adults are diagnosed with depression, and over 2 million experience anxiety.

So what is the link between nutrition and depression?

Depression is described as “feelings of severe despondency and dejection”. Depression is a “syndrome”, a collection of events, symptoms, behaviours, and feelings that are somehow related to each other.

From a biochemical standpoint, deficiencies in neurotransmitters such as serotonin, dopamine, noradrenaline, and γ-aminobutyric acid (GABA) are often associated with depression.

Well-documented research implicates nutritional deficiency as a frequent catalyst for depression, and that is why analysing the nutritional status of all of our guests is an important part of our treatment process at The Banyans.

Knowledge of individual vitamin profiles helps you to know where the missing pieces of the puzzle are, where are the deficiencies and what your overall nutrition status is.  Sometimes “feeling down” or “unfocused” or “tired all the time” or “unmotivated” or “edgy” can be symptoms of malnutrition, and treating these, and helping the body to rest can relieve the symptoms that are associated with depression.

Let’s consider some nutrients, their role in the body and what happens when there are deficiencies:

Amino acids are considered the building blocks of protein and synthesize the neurotransmitters critical to mental health: these include serotonin, dopamine, and norepinephrine. Neurotransmitters directly influence mood and mental health and an imbalance can result in mental illness including, but not limited to depression. As reported in several studies, the amino acids tryptophan, tyrosine, phenylalanine, and methionine are often helpful in treating many mood disorders including depression.

Omega-3 fatty acids are critical to brain function, they affect both memory and mood, and deficiencies are connected to reduced mental performance, intelligence, focus and the group of Attention Deficit Disorders. Omega-3 is an “essential fatty acid” which means it is not produced in the body and therefore must be obtained through diet or supplementation.

Zinc levels have often been found to be low or deficient in people with clinical depression.

Selenium is another, particularly because of its role in the thyroid, the heart, the liver, and deficiency of this trace mineral has been implicated in depression during and after pregnancy for women, as well as heart disease and a depressed immune system.

Vitamin D deficiency can lead to profound fatigue, depression, and irritability, as well as been implicated in dementia, autism, and cancer.  People in cold countries with longer winters are particularly vulnerable, as are certain ethnic groups.

B 12 deficiency is a well-known cause of fatigue, depression, and dementia. Because B12 is such a key nutrient in psychological well being, people may be symptomatic even with levels in the low-normal range.  Vegans are particularly vulnerable to B12 deficiency and may need to supplement it.

Folate also has strong links to mood disorders.  Depending on the individual, folate can be a beneficial accompaniment to an antidepressant. In studies, high folate levels resulted in a 44 percent response rate to antidepressants, compared to 7 percent in those who were deficient. (Supplementation should be under guidance of a health professional.) Folate also plays a crucial role in foetal development and preventable birth defects.

Addressing nutritional concerns may help alleviate symptoms of mood disorders in many individuals.  At The Banyans we include nutrition assessments as part of our comprehensive packages, along with complete blood panel, and vitamin profile analysis to identify deficiencies that may be contributing to symptoms or contributing to an underlying disease.

Designed for integrated restoration, and with an expert team of therapists, health practitioners and wellness coaches, The Banyans Health and Wellness Residence is a place where body and soul prosper in an environment of rest, wellness, and inspired living.

Call us now on 1300 BANYAN (1300 226 926) or complete an online form for a confidential discussion about how you or someone you care about can benefit from The Banyans. 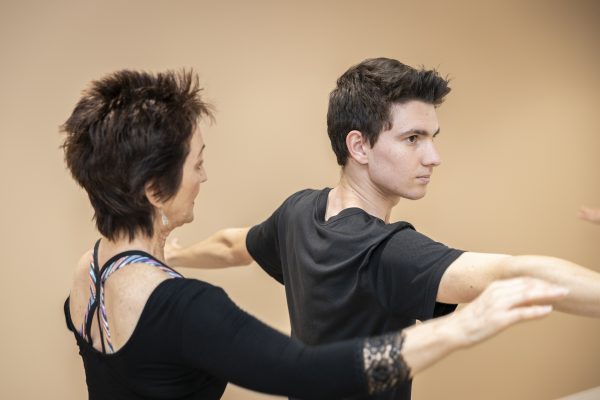