With around 5.5 tonnes of cocaine consumed in Australia each year, and around 60% of that (2.9 tonnes) consumed in Sydney alone, the east coast of Australia is in the midst of what has been dubbed ‘Australia’s Cocaine Crisis’.

Australia has the highest per capita rate of cocaine use in the world, and those who use it, along with their family and friends, are paying the price.

Cocaine use almost doubled in Australia in the four years to 2020 to 5.675 tonnes, up from 3.057 tonnes, with capital city consumption outweighing regional consumption on average per capita.

Australia is one of the highest per capita users of cocaine in the world.

Despite the cost of purchasing cocaine in Australia being among the highest in the western world and the devastating effect cocaine is having on the community, Australians continue to use and misuse cocaine in rapidly increasing numbers.

The cocaine drug trade is worth approximately $2 billion in Australia each year, and the impact on the community is rising as our appetite for, and dependence on, the stimulant drug increases.

A comparison of Australia’s cocaine usage is measured by the quarterly National Wastewater Drug Monitoring Program, which monitors the sewage of around 13.2 million people  or 56% of the population.

Between the 11th and 12th reports, covering April to August 2020, there was a record annual consumption of cocaine. Frighteningly, experts believe it is only the high cost of the drug in Australia that is keeping usage down.

“Most users see cocaine as a party drug, or view themselves as social or casual users, but any use of cocaine can quickly turn into misuse and dependency that people are not even aware of,” The Banyans Health and Wellness Addiction Medicine Specialist Dr Christian Rowan says.

“Using cocaine for the first time at a work party or dinner can quickly turn into using it to relax after a stressful day’s work and then using cocaine as a stimulant to excel in the workplace.”

Australia’s communities are feeling the effect of cocaine use, with users stealing from loved ones and friends to feed their dependency. People from all walks of life are often reduced to stealing money from their children’s savings, household reserves, home loans, business loans, and bonuses to feed their habit.

Australia’s communities are feeling the cost of cocaine dependency.

“Maintaining a cocaine habit can have a high financial cost. For some people, it appears manageable because their dependency doesn’t allow them to see the impact it is having on their relationships, employment, businesses, and quality of life,” The Banyans Healthcare Group CEO Ruth Limkin says. “Cocaine use in Australia is at epic heights and is on the rise.”

How long does cocaine stay in your system?

Cocaine can be excreted in urine for up to four days after its last use, making it easy to pick up in the sewage wastewater. The form of cocaine makes no difference to its detectability – it is the same for the powder form and for crack cocaine, which is a variation that can be smoked. Cocaine can be detected in hair follicles for up to three months.

The record high consumption rates in sewage testing tells us cocaine is no longer just the illicit drug of choice for people on high incomes. The increased availability of the drug, despite the high price, has made it more accessible to people on all incomes, and Australians are embracing it.

Cocaine is a serious drug of concern for our community.

“Cocaine is a serious drug of concern for our community. All of the data that we have is pointing in the direction of expansion in the cocaine market,” said Dr Katie Willis from the Australian Criminal Intelligence Commission in a Foxtel interview on Australia’s Cocaine Crisis, which aired on June 20, 2021.

The Banyans’ Dr Rowan says the economic cost of cocaine includes growing pressure on Australia’s health care system, a reduction in income-earning capacity on the part of the user, a loss of income for carers, and additional housing costs with dependent families choosing not to live with the user.

“Partners of the users are facing the pressures of bringing up a family alone, both physiologically and financially, with the user’s inability to support their family,” Dr Rowan says.

Deaths from cocaine overdoses and effects on unborn children are placing more pressure on hospital and health systems that are overwhelmed.

Reaching out for help is the first step. Call and talk to experts who will discuss your issues and concerns confidentially and without judgment.

Are you thinking about having a sensitive discussion with a colleague? Your workplace may not be the right place to start.

Starting discussions with a colleague about dependency concerns is a difficult and sensitive conversation to have.

The medically supported program at The Banyans Health and Wellness provides a comprehensive, holistic, and integrated approach to health and wellness that equips people with the skills they need to overcome their drug misuse and any other co-existing concerns.

Related: The Language of Addiction

The Banyans Health and Wellness provides safe and thorough support from an addiction medicine specialist, general practitioners, onsite psychiatrist, and onsite registered nurses. There are regular one-on-one sessions with multiple therapists and modalities to facilitate successful outcomes. There are no group sessions.

Every program at The Banyans Health and Wellness is customised for the individual and will vary depending on personal circumstances.

If you or someone you care about would benefit from a program at The Banyans Health and Wellness, please call +61 1300 BANYAN (1300 226 926) for a non-obligatory, confidential discussion or fill in our enquiry form below. We are dedicated to our patient and staff safety 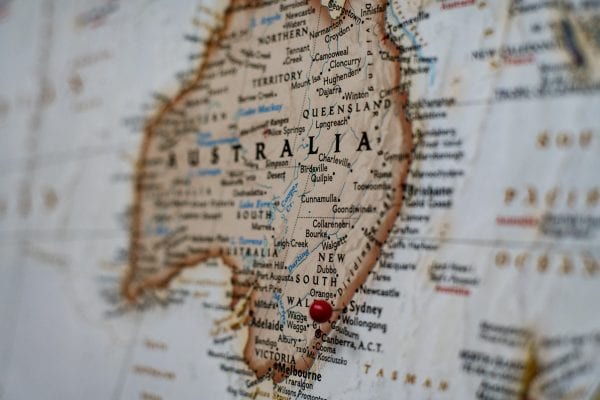 Borders are not a barrier to help